After wimping out yesterday from extending my Parkrun into a longer run it was time to sort out a run for today. After perusing options in the surrounding area (I find Bing maps’ ordnance survey option good for this), I settled on a section of something called the Waskerley Way with an out and return from its termination in Consett. I was aiming for something around the 15 mile mark but given the speed I run that was probably going to take me into darkness. My starting point was something of a confluence of cross country cycle routes and was known as “Lydgetts Junction”. As is the norm when running on a low carb diet I didn’t exactly feel full of energy starting out but I kept going enjoying the unknowns of a first time route. After about an hour I finally felt as if my legs were getting the fuel they were needing and I started running with what felt like a bit of a rhythm and a bit of bounce in the legs. As the trail hit the moors the views opened up and the degraded tarmac surface was replaced by a nice soft cinder track about the best running surface there is I reckon. I turned around at Hawkburn head and got back just before dark for a total of 13.29 miles (I won’t say how long that took though !). A nice run to celebrate 10kg of weight loss since the beginning of January.

On the approach to Hawkburn Head 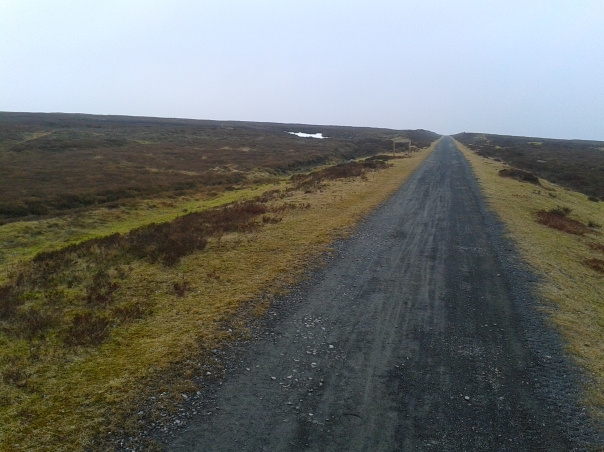 A dedicated drinker of real ale who signs up for ultra's when he is too drunk to know any better...